Information and Updates for the Iona Community on Coronavirus
Learn More 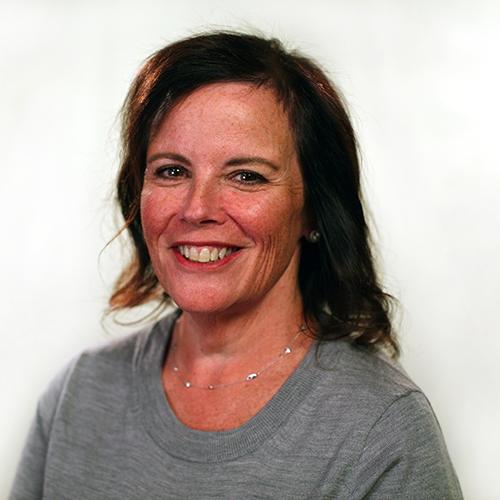 When Marianne McManus entered Iona College, she didn’t realize she was a trailblazer. It wasn’t until she looked back on those years, that she understood she was among a generation of women who were, as she put it, "breaking through gender barriers, whether in education, social and family life, or business."

"I never once felt that my experience was different or less optimal than that of the male students," McManus said of her Iona education.

"I was raised believing that anything was achievable through hard work and perseverance," McManus said. It took some perseverance for her to get to Iona. As a commuter student, she had to take three buses to get to campus. But she quickly made friends who started driving her to school. "This resonates in my memory as a testament to the Iona community," she said.

As an English major, McManus’ favorite professor was Dr. Raymond Porter. He told students who were moving toward a liberal arts degree that it was every bit as valuable as a business degree, and majoring in English was excellent preparation for the working world because it taught students how to analyze and to communicate. While McManus went on to earn an MBA later at Iona, she said, "I truly believe it was my undergraduate degree that prepared me with the critical skills I have relied on in my professional career."

Her first job was an entry level position with Blue Cross and Blue Shield. Over the next few years, she took on more and more responsibility. She then went to work for NYNEX and was later recruited by IBM, where her career has spanned 24 years and continues to grow. Recently, McManus was promoted to Vice President, Health & Benefits. The global organization she now leads (approximately 500 professionals worldwide) is responsible for design and strategy of IBM's employee health & wellbeing programs, the delivery of all employee benefits, and corporate health and safety.

"Iona taught me so many things that were not found in textbooks," McManus reflected. "Aside from a strong academic grounding, the diversity of the Iona community and the broad curriculum broadened my perspective in ways I would never have achieved without that experience."