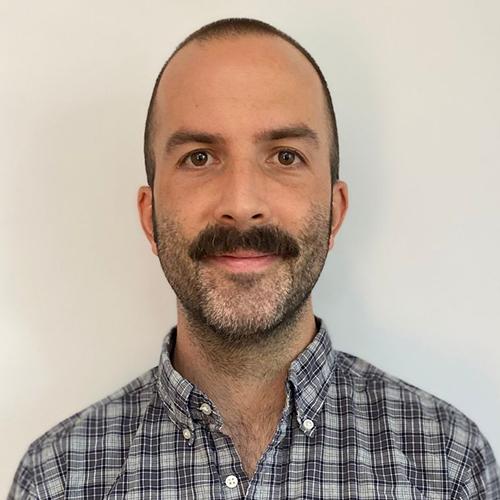 Dr. Galen Barry teaches courses in many areas of philosophy. His research has traditionally focused on the history of philosophy, specifically the philosophy occurring in Europe during the 17th and 18th centuries. But recently he is interested more in issues at the intersection of ethics and the theory of knowledge. Before joining Iona in 2017, he was a visiting assistant professor at Old Dominion University and a Fulbright Post-Doctoral Researcher at the University of São Paulo. After receiving his second Fulbright grant, Dr. Barry will be conducting research in Brazil for two months in summer 2022 and summer 2023.

Could you describe the research you will be conducting in a bit more detail?

My project is called, “The Aims and Methods of Public Philosophy in Brazil and the United States.” Public philosophy, broadly construed, consists in philosophical engagement with non-academic audiences. Beginning in the nineteenth century, it became increasingly normal for academic philosophers to spend their entire careers with little or no engagement with the public. But, within the last decade or two, more and more philosophers have begun to engage in public philosophy. For instance, there is an abundance of programs for philosophy for children, radio shows, YouTube channels, philosophy for retirees, etc.

To help me understand Brazilian conceptions of public philosophy, I will be actively participating in an Ethics and Public Philosophy program at the Federal University of Paraíba. The second part of the project examines public philosophy as a potential alternative way of doing philosophy within an academic setting.

What aspect of this research are you most enthusiastic about?

I am excited for it all! But, I think I am most excited for the chance to think hard about the ways in which the incentive structures of academia affect us as individual thinkers. Academia is a very stressful field to try to enter and it can cause a lot of mental health issues in graduate students and untenured professors; less attention has been paid to the harmful effects it potentially has on our intellectual character.

There’s this ideal of a professor as someone who seeks truth and knowledge for their own sakes. But this is largely a myth. It’s been well established in studies of science, for instance, that science can, and does, progress just fine when academics are motivated not by truth or knowledge, but simply by getting credit for their work. I am interested in whether it’s possible to set up an incentive structure that allows for both progress within a given field and the pursuit of the traditional ideals of truth and knowledge for their own sakes.

In your own words: What is the significance of this research for the field of philosophy?

First, Anglophone philosophers don’t know much about philosophy in Brazil. Few speak Portuguese, for one, and Brazilian universities have a French influence that persists to this day, and so Brazilian academics, at least in the humanities and social sciences, engage more with Europeans than with those in the U.S. But having spent time in Brazil for research before, I think there is a lot of good philosophy being done there. I don’t always agree with various trends or views there, but I think it’s important for anglophone philosophers to disabuse themselves of the idea that they are the center of the philosophical universe.

Second, there’s been a lot more discussion in the last decade about some of the ways that the structures of academic philosophy have perverse effects on the field itself. For example, philosophy has traditionally been a very male and very white field, and this has as a potential side-effect that we lose out on some very smart people who are not either of white or male. I see my project as part of this broader discussion of how academic structures affect our ability to maintain our intellectual ideals. I look forward to contributing.

What is the significance of this research for the Iona community?

The original aims of both the liberal arts and of philosophy have gotten a bit lost as college education is seen as a step towards well-paid or meaningful employment. So, the point of the course would be to re-examine whether philosophy really can achieve its original aim of promoting the good life and whether liberal arts really does make us better equipped to rule ourselves, as its original intention suggests it can.

Could you briefly describe the research you conducted with your previous Fulbright grant? Does it relate to the work you are going to be doing with this grant?

I spent roughly half of 2016 at the University of São Paulo where I did some research on the history and philosophy of science, specifically the development of the concept of force in physics in the seventeenth century. Though I enjoyed the work, it has nothing to do with my current grant.

It did, however, put me in contact with a number of Brazilian academics. In fact, I ended up at the Federal University of Paraíba this time around because the person running the Ethics and Public Philosophy program there was in the audience for a talk I gave in 2016 at the Federal University of Minas Gerais. It’s a reminder that getting to know people opens doors down the road.