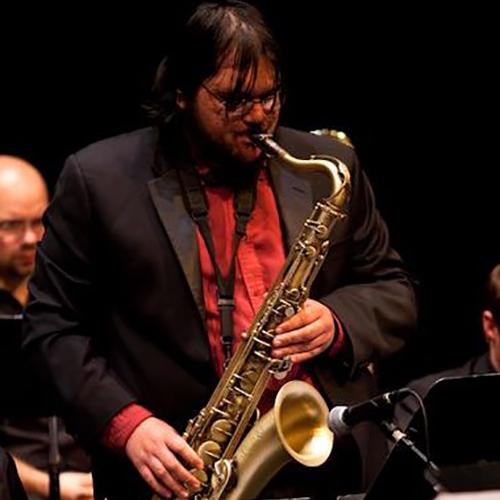 Dr. Adam Rosado is an educator, researcher, and musician originally from Norwalk, CT. His research interests include musical analysis, contemporary jazz, music cognition, Russian music, and Latin American music. At Iona College, he teaches a variety of classes in Music History and Music Theory in addition to conducting the Iona College Instrumental Ensemble. Dr. Rosado holds a Ph.D. in Music Theory from LSU, an M.M. in Jazz Composition and Arranging from UNLV, and a B.M. in Composition from Loyola University New Orleans.

Dr. Adam Rosado is an educator, researcher, and musician originally from Norwalk, CT. At Iona College, he teaches a variety of classes in Music History and Music Theory in addition to conducting the Iona College Instrumental Ensemble. He has also taught Aural Skills, Psychology of Music, Jazz Composition and Arranging, and Improvisation in his previous posts, and was formerly the director of the Jazz Ensemble and coach of the student run jazz groups at Quinnipiac University. Dr. Rosado most enjoys seeing his students fulfill their diverse musical goals and seeing them develop a broad knowledge base with transferable skills to succeed in a wide array of musical situations.

As a scholar, Dr. Rosado's recent work has focused on contemporary jazz, which led him to serve as digital co-host for the inaugural Issues in Contemporary Jazz Conference in April 2020. His dissertation analyzed Brazilian composer Hermeto Pascoal’s Calendário do Som, a collection of 366 short pieces, and outlined the intricacies that are meant to challenge performers in the interpretation of these works. In addition to his studies on jazz, Dr. Rosado's prior research centered on Russian symphonic works, particularly those from the Soviet era by Shostakovich and Prokofiev. As a practicing musician, Dr. Rosado works primarily as a composer, arranger, and conductor. His works have been performed across the United States, and he looks forward to releasing his debut recording Bubblegum, which was recorded with a group of collaborators from around the country.