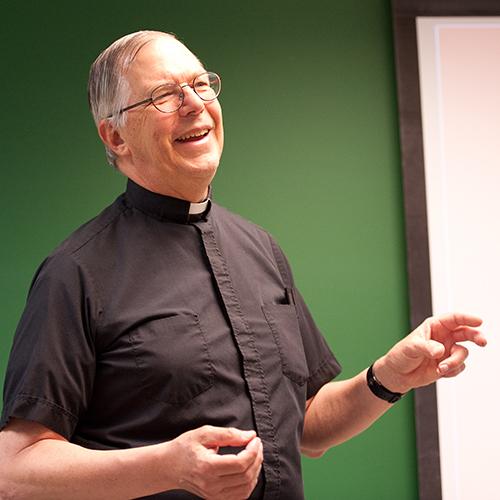 New Rochelle, N.Y. – It is with deep sadness that Iona University shares news of the passing of Br. Robert Novak ’72, C.F.C, Ph.D., professor emeritus of physics and passionate supporter of Iona Athletics and its rowing program.

“Br. Novak was a remarkable teacher, scholar and scientist,” said Iona University President Seamus Carey, Ph.D. “He will be remembered by us all for his incredible intellect, inspirational achievements and impact on the students of Iona.”

To make a donation in his honor, please select the Brother Robert E. Novak ’72 Endowed Rowing Scholar option from the dropdown when making a gift.

Br. Novak’s work with NASA brought him and several of his Iona students to the Mauna Kea Observatory in Hawaii to observe the atmosphere of Mars through NASA’s 120-inch infrared telescope. In 2018, he reflected: “Getting students involved in research with NASA and exposed to some of science’s top minds has been one of the highlights of my career.”

In total, he made over 20 trips to the Mauna Kea Observatory and brought more than $500,000 in grant money from NASA and the National Science Foundation to Iona. He published over 35 articles and presented dozens of papers nationally and internationally. His discovery of methane in Mars’ atmosphere was a significant finding, leading NASA to place a methane detector on the Mars rover.

In the early 1990s, Br. Novak became an active member of “Cosmos and Creation,” a group of active scientists who are also very active in their religion. Their pursuit of science is seen in the larger picture of obtaining a better understanding of God’s Creation, and likewise, a better understanding of God. In 2008, Br. Novak and 12 other members of this group took an eight-day trip to Beijing, China, where they visited a location where the Jesuit Paleontologist, Pierre Teilhard de Chardin, lived, worked and wrote. His writings are among the most influential spiritual writings of the 20th century.

In the 1980s, the Brothers at Iona established a fund to support Brothers from other Provinces to study at Iona. Ten years ago, the Brothers Community decided to direct these funds to support the education of Brothers from Africa to attend Iona and finish their bachelor’s degrees and possibly stay for a master’s degree. Since then, several have returned from Africa. Br. Novak had been coordinating this program for the past 15 years.

Br. Novak was inducted into Iona's Arrigoni Hall of Fame in 2009 and presented with the Donald E. Walsh Award '66 Award in 2017 after serving as the rowing team's moderator since 1980.

He is survived by his brother Denis, his sister-in-law, Cheryl, his nieces Teresa, Elizabeth and Mary, as well as several cousins.

The Iona community shared in mourning his passing: 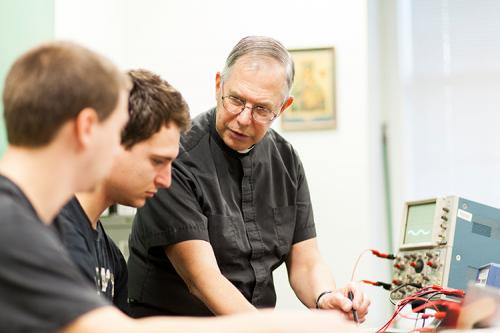 Br. Novak served Iona students for more than four decades as a member of the faculty since 1976, assuming the role of Physics Chairperson in 2002.

"Br. Novak made an impact on the lives of countless student-athletes, coaches, administrators and alumni of Iona Athletics for more than 40 years," said Director of Athletics Matthew Glovaski. "A world-class physicist, he was an ever-present supporter of Iona rowing. His loyal support to the program will never be matched. He will truly be missed by all who encountered him."

"Brother is woven into the fabric of the Iona rowing programs," said John Boyd '04, head coach of Iona women's rowing and former men's rowing student-athlete. "For over 40 years he has been an integral part of the Iona rowing experience for many student-athletes. I think what made Brother so unique and extraordinary to so many people is how invested he was in the individual. A lifelong friend and mentor to many, Brother was there for countless weddings, birthdays, graduations and so many other life events. It seems like every time I spoke to him, he was telling me who he had recently been to dinner with or whose wedding he had just attended. He was so genuinely fond of his rowing family and the feeling is mutual, probably more than he would ever know."

"Brother was amazingly smart, generous, kind and thoughtful in every way. He was a very close and dear friend of our family," said Michael Niedzwiecki '73, who shared a friendship with Brother Novak for over 50 years.

"Being a part of the Iona crew team was the most important and influential part of my growth as a young adult," said Dr. Adam Travan '02, DDS. “It's not because rowing is an amazing sport, it's because of the people who were involved from bottom to top. This weekend, we lost one of the keystones of that program in Brother Robert Novak. The countless students and athletes whose lives he has touched is immeasurable."

Services for Br. Novak are as follows:

Iona Alumna Jennifer Millan ’19 Changes Lives as School Social Worker: "I Couldn’t Have Made It to Where I am Today Without the Solid Foundation Iona Provided Me With"