Award-winning filmmaker, CBS Network executive to serve as Executives-In-Residence for 2018-19

Ross Greenburg and Martin Daly are teaching classes in the School of Arts & Science. 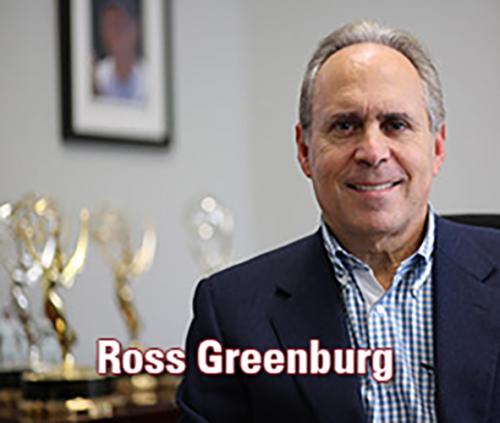 NEW ROCHELLE, N.Y. - Award-winning filmmaker Ross Greenburg and CBS Network executive Martin Daly '74 will serve as Iona College's Executives-in-Residence for the 2018-19 academic year in the Mass Communication department of the School of Arts and Science. Executives-In-Residence at Iona provide Iona students incredible access to industry leaders and their networks and the ability to learn from the best-of-the-best in their field.

Greenburg returns for his third year as a member of the faculty while Daly, a 1974 graduate of the College, begins his first. Greenburg and Daly are joined by a third executive-in-residence, acting chairman of ESPN Inc., George Bodenheimer, who will return to Iona's faculty after his current role at ESPN concludes. The Executives-In-Residence lecture, organize campus presentations, work with classes, and teach graduate and undergraduate courses at Iona College.

"Ross Greenburg and Marty Daly bring top-level industry experience to Iona College's graduate program in Sports Communication & Media," said Joseph Stabile, Ph.D., interim dean of the School of Arts & Science. "Their enthusiasm for the profession is contagious. The College community is fortunate to have Mr. Greenburg and Daly mentoring our students."

Greenburg has a family connection to Iona College, as his late father, Robert, graduated with a BA in economics, finishing his senior year at Iona in 1977 after three years as an undergraduate at the University of Texas from 1937-1939.

"Taking a sports documentary course with Ross is like studying philosophy under Socrates in ancient Greece, said Michael Damergis '89, '06 MS, clinical professor and coordinator of Iona's Sports Communication & Media graduate program. "There is no one better in the industry to learn from - he is the master at his craft. Greenburg's many awards say it all!"

Greenburg is currently teaching a graduate thesis documentary course in Sports Communication & Media. He will also deliver guest lectures and seminars throughout the academic year. 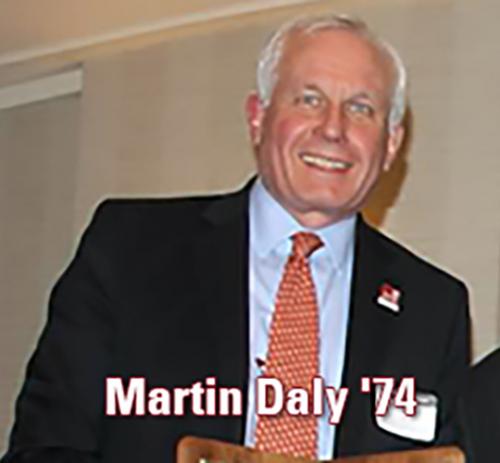 Daly was the senior vice president and director of News and Late-Night Sales for the CBS Television Network. He began at CBS as a traffic clerk in 1974 and now responsible for marketing and negotiating network commercial time to national advertisers and advertising agencies for all CBS News Network Programs in addition to The Late Show with Stephen Colbert, and The Late, Late Show with James Corden.

In 2015, Daly was honored by Iona's School of Business & Center for Sports, Entertainment & Media as its Executive of the Year. He was named one of Irish America magazine's top 100 corporate business leaders in 2012 and 2013.

"Marty is a true Gael with decades of experience in the news and entertainment industry," added Damergis. "He will be an incredible resource for students to tap into when it comes to industry insights. We are glad to have him back and on our team."

Daly will also give lectures and seminars. His first seminar takes place September 27, in the Dean's "College to Career" lecture series. He has also assisted with arrangement of internships and employment opportunities for current students and alumni with major television networks.