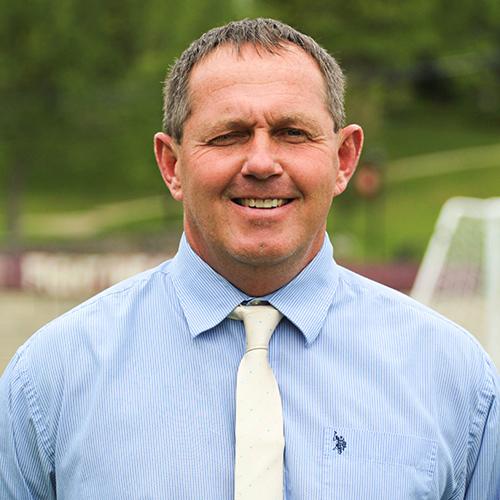 NEW ROCHELLE, N.Y. —As part of its ongoing focus on empowering students to “Learn Outside the Lines,” Iona College has appointed Matthew Grimaldi as its first director of Club Sports. In this role, Grimaldi will develop programs and activities for students to pursue their passions beyond the classroom while developing meaningful relationships around shared interests.

“Athletics is an integral part of a student’s development, especially for those who have grown up playing sports. That shouldn’t end when a student gets to college. In fact, it should be strengthened – even if a student isn’t going to compete in a Division I Athletics program like Iona’s,” Grimaldi said. “Developing opportunities for students to engage and excel in sports is not only my profession, it’s my passion.”

Grimaldi is returning to his home state of New York after successful stints in various athletics roles nationwide. Most recently, he served as director of Athletics for Keystone College, where he oversaw the expansion of the athletic landscape to include 22 varsity sports and seven club sports. Notably during this time, players’ average grade point average rose 10 percent. Prior to Keystone, Grimaldi served in various positions in coaching and athletics, including Mercyhurst University, Drexel University and the United States Sports Academy in Daphne, Alabama.

Creating more robust opportunities beyond the classroom has been driven by Iona College’s strategic mission. Among other initiatives, Iona in January appointed its first director of Performing Arts to create and strengthen programs in areas such as Irish Step, Dance Ensemble, Pipe Band, Pep Band and other performing arts. Grimaldi will report to Dean of Students Joel Quintong in the newly formed Office of Enrollment Management and Student Affairs.

“We know that students who participate in sports and other club activities perform better academically, develop better time management skills and become better leaders,” said Kevin O’Sullivan, senior vice president for Enrollment and Student Affairs. “We are delighted to welcome Matthew and look forward to all that is still to come at Iona.”

One of Grimaldi’s early priorities will be to assess the various national Club Sports leagues and apply for Iona to begin competing in intercollegiate competition. Students in Club Sports compete against club teams at other colleges. Iona currently has a rugby club, and Grimaldi will work to establish basketball, tennis and e-sports teams, among other programs.

Grimaldi obtained an Educational Doctorate from the United States Sports Academy; a Master of Education in Health and Physical Education from East Stroudsburg University; and a Bachelor of Science in Criminal Justice from St. John’s University.

James Carey ’23 Thrives During Internship at GAMCO Investors, Learns How to Pitch Stocks to Investment Firms

Iona starts basketball season with fans and a win