Iona College President Seamus Carey, Ph.D., has been named to City & State's Westchester Power 100, a list of the most powerful people in Westchester. 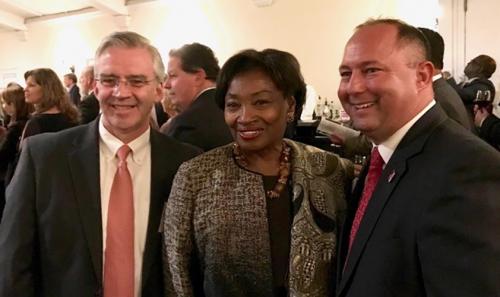 A Bronx native and first-generation college student, Seamus Carey, Ph.D., began his presidency at Iona College in July 2019. Carey has a long history of serving in higher education, most recently for a five-year tenure as president of Transylvania University in Lexington, Ky. Carey also served as dean of Arts and Sciences at Sacred Heart University in Fairfield, Conn., for four years, as well as chairman of the philosophy department at Manhattan College where he taught for nine years.

Carey earned a Ph.D. in Philosophy and Master of Arts from Fordham University and a bachelor’s degree from Vassar College. He attended Harvard University’s Management Development Program and the Executive Leadership Academy sponsored by the Council of Independent Colleges. Carey has published three books, which have focused on the intersection of philosophy, parenting, and family life. He is also a contributor to Huffington Post.

"I am honored to have been named to City & State's Westchester Power 100 list,” Carey said. “Iona College is a learning community bound by a concern for others and the world. I look forward to Iona and Westchester County working together to enrich both our communities.”

City & State is a multimedia news organization, which created the Power 100 list to recognize local leaders of significant influence, both those with a role in government and those who serve in other public positions. The list represents a diverse range of industries and sectors, including large corporations, higher education institutions and non-profit organizations.

A special magazine issue featuring Westchester's Power 100 was released on October 14. There was also a reception in Rye, N.Y. on October 17, which celebrated leaders from advocacy, academia, media, business and beyond.