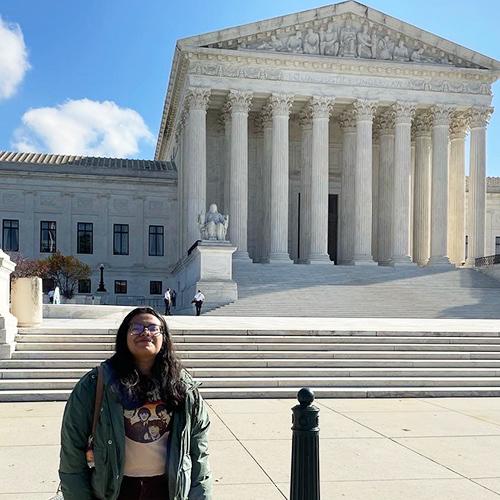 In addition, club president Devon Gabriel ’24 also took home Outstanding Delegation within the World Health Assembly committee. Gabriel led the delegation without a partner, unlike any other group, and his dedication did not go unnoticed.

“When we won, we all launched out of our seats and could not believe it!” Gabriel said. “To win overall Outstanding Delegation, everyone on the team had to work cooperatively. The stars just aligned to give us this winning opportunity!”

He added that competing in Model UN conferences has bolstered his confidence for public speaking, as well as sharpened his problem-solving skills and expanded his appreciation for the subtlety of different world cultures. Plus, it’s a lot of fun!

“I enjoy the comradery that comes with attending conferences,” said Gabriel, a psychology and criminal justice major. “On top of the team already being extremely close-knit, being able to network and make friendships with people both internationally and domestically is something very few clubs and organizations can do.” 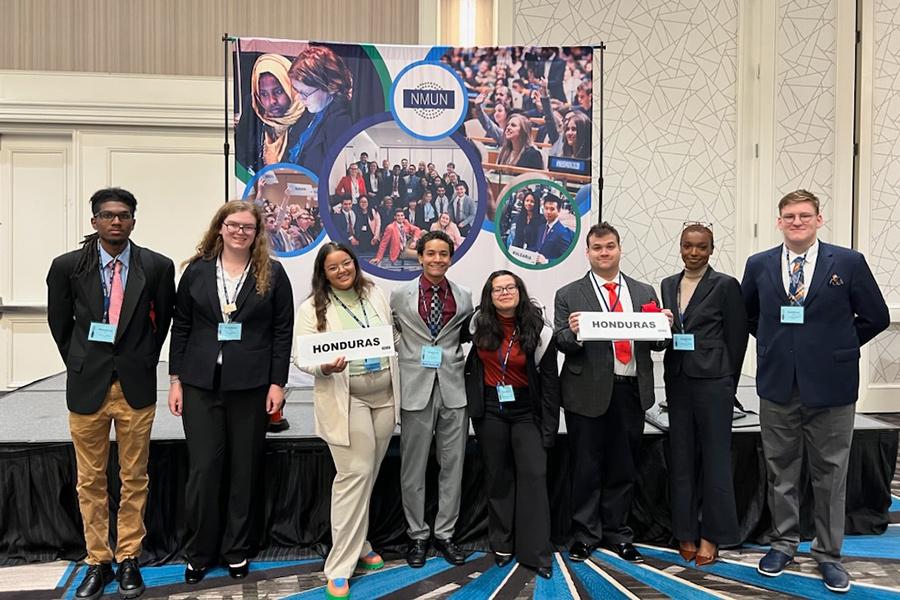 Jocelyn Ariza-Arroyo ’24, the team’s social media chair and event coordinator, said Model UN has opened many doors and allowed her to walk the path of her idols. In addition to competing at the conference, she said the highlight of her trip was visiting the Supreme Court. The team also got to visit the Lincoln Memorial, Washington Memorial and Capitol Hill while in D.C.

“Justice Sonia Sotomayor is an alumnus from my high school,” said Ariza-Arroyo, a political science and public policy major with an English minor who attended Cardinal Spellman High School in the Bronx. “She has been one of my biggest role models. I was so happy walking up the steps I could hardly believe it. I felt so proud just standing, wondering what I could accomplish.”

What does she enjoy most about participating in Model UN?

"You never know what is going to happen,” Ariza-Arroyo said. “Model UN always keeps me on my toes. Although you study and prepare what you are going to say, Model UN always throws you a curveball.”

In February, the team is set to travel to Harvard University, where they will participate in their next National Model United Nations conference. Go Gaels!