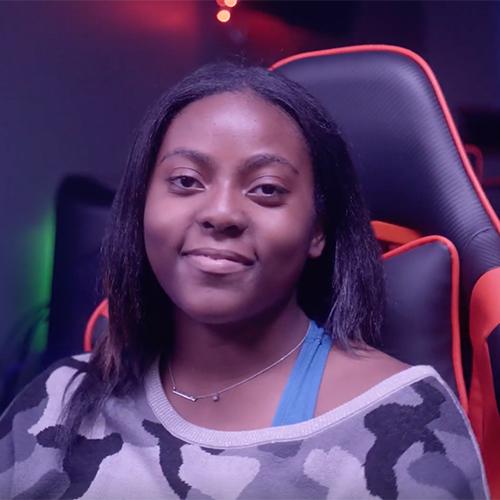 Iona University senior Anaya Potter ’23 is featured in a new esports documentary series produced by Yahoo!’s In The Know. Esports is a new addition to Iona’s campus, and the series will follow the team and players over the course of the fall season.

When Iona announced the formation of its new esports program last year, Anaya took a leadership role in forming a League of Legends team. She is also team captain, telling In the Know: “I love gaming because I love sharing it with my friends. It’s been a big part of my college experience.”

The experience has also provided her with a platform to change the face of esports as a whole, which is typically dominated by her male counterparts.

“Being a woman in esports can be challenging at times because online, women are not usually met with respect,” she said. “Over the years, I’ve learned to not let that get to me. They don’t know me in real life, and they’re not going to stop me from playing the game.”

The series shines a light on both Iona’s inclusivity and Anaya’s own inspiring story.

Watch the first video with Anaya and read the full article here.

College student, Savannah Durant, wants to inspire and empower other women to participate in esports at a collegiate level