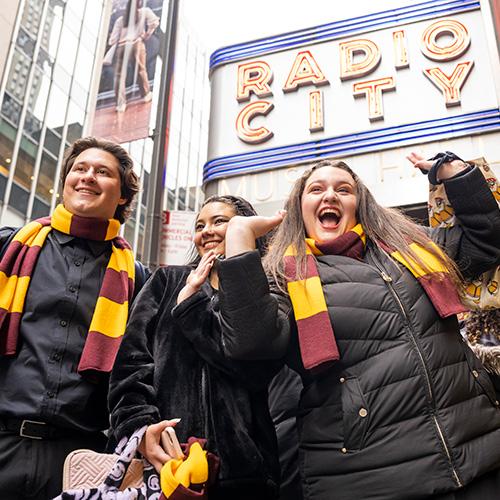 “The Iona Singers are a group of immensely talented, hardworking students,” said Kelly McKenna Beyrer ’16MA, Iona’s inaugural director of performing arts. “I’m proud and grateful that we were invited to such a prominent stage, and I’m excited that they had the opportunity to share their gifts with so many.”

Performing classic Christmas songs including, “Carol of the Bells” and “Joy to the World,” 50 students of the Iona Singers took the stage during the December 10 show, directed by Dana Celestino. 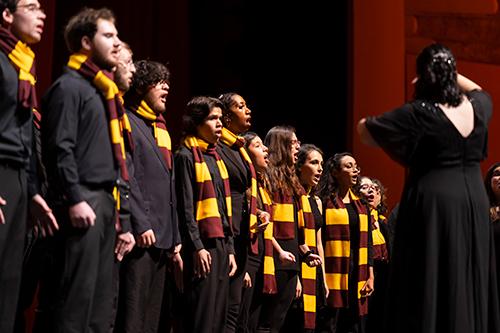 “Singing at Radio City Music Hall was a dream come true,” Isabella Ruggiero ’26, a freshman soloist, said. “I watched the Christmas Spectacular as a child and having the chance to perform for it was incredible. Thank you to all who made this possible.”

The Iona Singers organize and participate in several musical productions at Iona each year; their concerts include both solo and group performances. They also perform at major campus events such as Homecoming, Commencement, and more.

Current Iona students and future Gaels can look forward to the University’s growing investment in performing arts, with expanded creative offerings coming in 2023 on Iona’s new Bronxville campus. Any interested student may audition to join the Iona Singers as auditions are held throughout each semester. 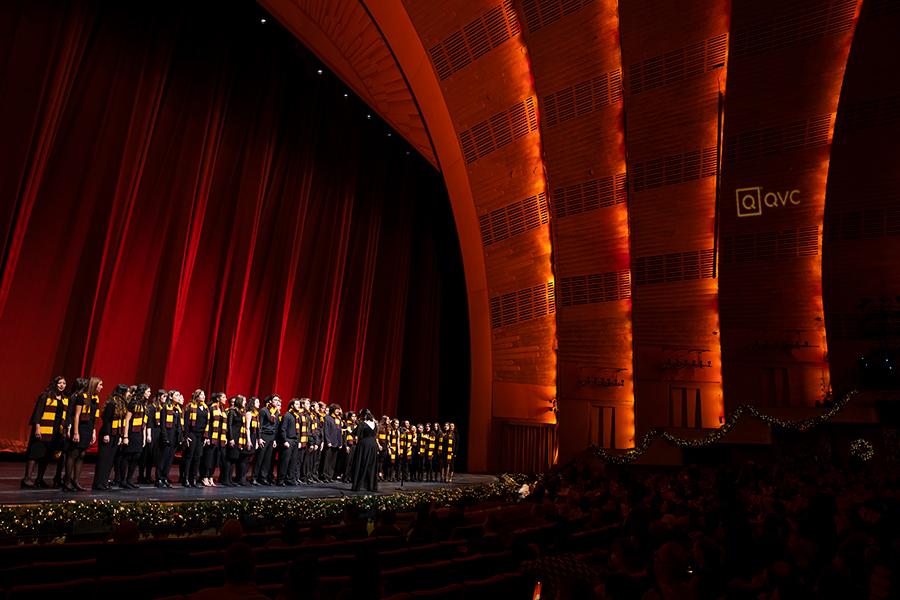 The Iona Singers performed classic Christmas songs including “Carol of the Bells” and “Joy to the World.”