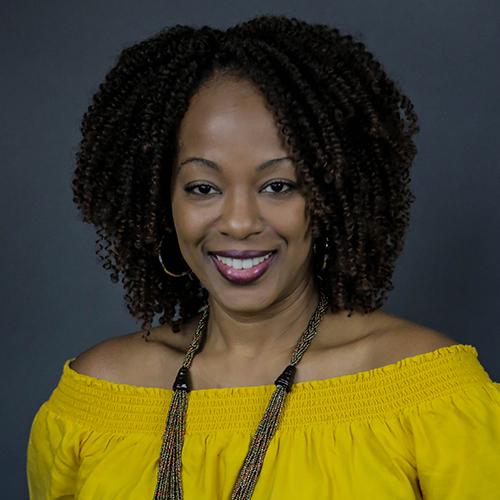 Dr. Nadine Barnett Cosby teaches courses in broadcasting and production, writing for television, TV aesthetics and criticism, and race and gender in the media. She also serves as the faculty adviser for ICTV, the College’s television club. Her research interests are in the areas of media, communication and culture, with a focus on media representation of marginalized populations.

Dr. Barnett Cosby joined Iona in 2012 after an extensive career in media. She is a writer, producer and director, whose works are heavily rooted in the exploration of racial, cultural, and gender representation, and span across various media including film, television and new media. She has over 20 years of experience in radio, television, and film, working in several capacities at notable media outlets including Madison Square Garden, Fox 5, Lifetime Television Networks and Disney/ABC.

Barnett Cosby, N. (2019). How social media activists and their hashtags have encouraged and informed their followers on the Take-A-Knee movement. In S. Perry (Ed.), Pro football and the proliferation of protest: Anthem kneeling and standing in a divided America. Lanham, MD: Lexington Books.

Barnett Cosby, N. (2019). The role of race in the perceptions of and response to the protests. In S. Perry (Ed.), Pro football and the proliferation of protest: Anthem kneeling and standing in a divided America. Lanham, MD: Lexington Books.

Conference Panel Presenter and Moderator: The Revolution Will Not Be Televised but It Will Be Hashtagged: The Impact of Social Media Activism on Real World Engagement. Paper presented at the Black Doctoral Network National Conference: Atlanta, GA, October 25-29, 2017.